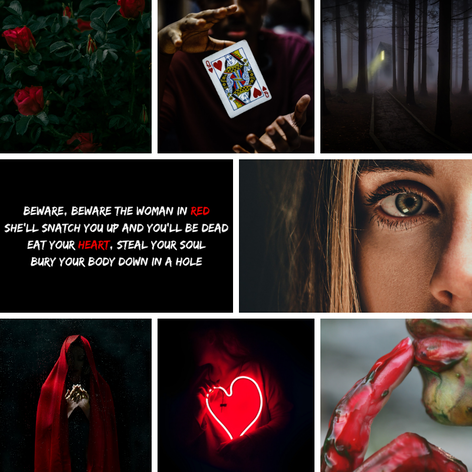 \
​
​PAINTING ROSES RED - Middle Grade Horror/Dark Fantasy
Wonderland is anything but a dream—it’s a nightmare.

​After their father’s untimely death, twelve-year-old Alice Liddell and her younger sister, Kit, are once again the weird new girls at school. It’s all thanks to their mother’s house flipping escapades. It’s hard to make friends all over again. Especially after Alice accidentally rats out the popular kids for their parade prank. Forced to prove herself, Alice must accept their challenge—confront the Woman in Red rumored to haunt Hart House or try to finish sixth grade amid daily bullying from her peers.
​
So when Kit ventures inside the Hart House on her own, Alice has no choice but to run in to save her. After falling into its paranormal realm, Alice discovers she’s trapped in a house that breathes. Literally. What’s worse, the ghostly Woman in Red is on a war path to collect children’s hearts to prevent crossing over. If she wants to save Kit, Alice must navigate through rooms full of nightmares; befriend a ghost who’s obsessed with creepy dolls and magical hats; and find where Kit is hidden before all of their hearts are stolen. But Alice learns the key to survival and freedom is facing her fears—confronting the Woman in Red and the bully she pulled down with her.